Q&A: ANAROCK Group Chairman Anuj Puri on How the Pandemic is Transforming Work Culture in India

“Is it going to be work from home for very long? I don’t think so. For Indian companies, vaccine distribution will dictate when people go back, at least partially, into the office. At that point, hybrid work solutions will be of more interest than ever.” –ANAROCK Group Chairman Anuj Puri on a more flexible future of work for enterprise companies in India 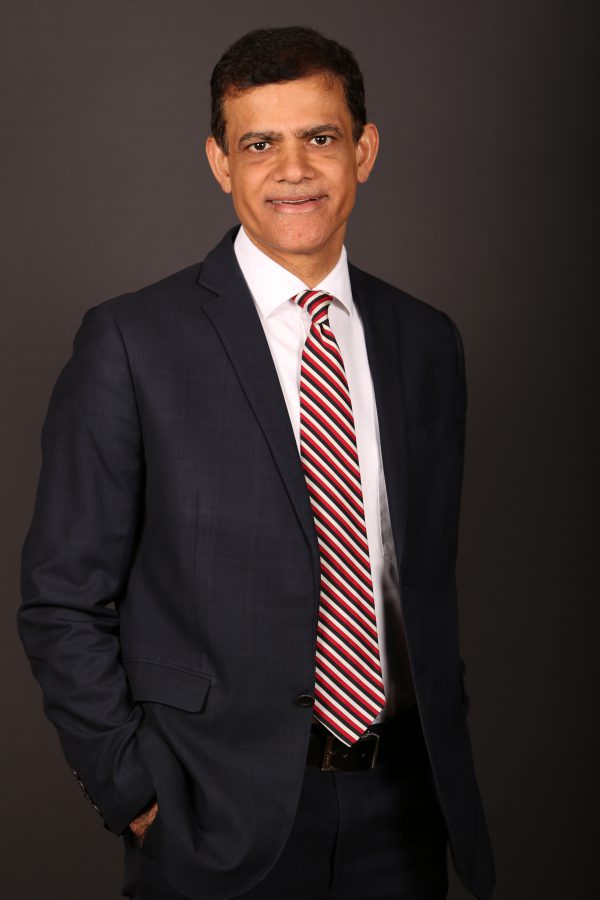 As of 30 November, India’s vaccination distribution was still on its gradual trend upwards, with approximately one third of the country’s population fully vaccinated, and around 57% of citizens vaccinated with a first dose. A major push has come from business leaders: In a recent survey, 82% of Indian employers want to see vaccination become mandatory. Companies with no formal vaccination policies in place are encouraging their teams to get the shot and come back to the office as soon as they feel safe doing so.

In the meantime, the Indian workforce is distributed like never before: As in the U.S., Indian companies went remote, and employers saw an exodus of their teams from cities to far-flung villages and laid-back beach towns. Almost two years later, some workers are hoping to stay put. Accordingly, coworking and hybrid workspace models have been surging in popularity, and leaders, like Anuj Puri, chairman of leading India real estate services firm ANAROCK Group, say these new workplace strategies are here to stay.

Earlier this year, Upflex launched in India in partnership with ANAROCK Group, India’s largest real estate services enterprise, making it easier for Indian companies to book flexible office spaces — and for hybrid workers to check into an office a few days out of the week. This world of work is a new concept for corporate India, but Puri said that change is happening fast. Presently the network is more than 600 coworking spaces strong across more than 40 Indian cities. Within a year, the Upflex India team expects to double workspace partnerships and expand its geographic reach to more than 70 cities.

As Upflex India prepares to serve a new world of work in 2022, we caught up with Puri about how the pandemic has changed the culture of remote work in India, what changes he thinks are here to stay, and how he views remote work at his own company.

Upflex: What was the culture around remote work in India before the pandemic?

Anuj Puri: Before the pandemic, interest in remote work was on the rise. The reason it had become popular was really threefold: One reason was that startups did not want fixed office space, and they were the ones who were going to these coworking locations. The second reason was the solution that many flex offices were giving: They would go to a coworking operator and they would say, ‘We like this building, you take it on lease, and then we will take the space from you,’ so the expense of the lease and the service inside the space is on the was on the coworking operator, and the and the occupier would only pay as a service charge. So, the hassles of taking the lease on their balance sheet and servicing the space inside went away. And the third reason was that many companies, as they were growing in some of the remote locations, would not take space on lease. They would rather their employees work in coworking spaces. 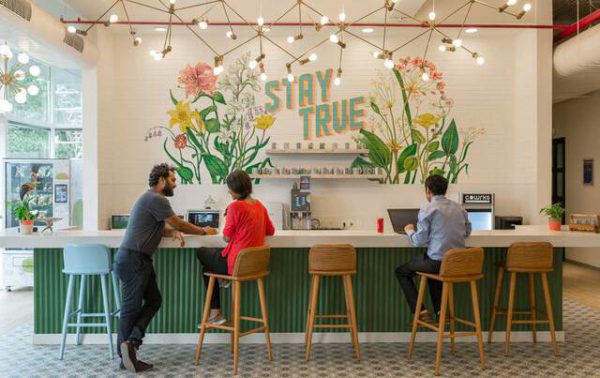 CoWrks Golf Course Road location in Gurugram, on the southwestern outskirts of New Delhi, India. Explore it on Upflex.

Upflex: And what is the culture around remote work like now? How has it changed with the pandemic?

Puri: Many employees went back to their villages or small towns, and the companies now want to give them coworking options in those new locations. They want to give this option because employees are saying that they’re struggling to work from home all five days of the week, and they want to work together in a group. So, they are approaching the company and saying, ‘In our small town, can you please identify a coworking space for us to go to two or three times a week?’

The second thing that has changed is decentralization: They are calling it hub and spoke. I was speaking with a large U.S. tech company recently, and they said: ‘We were looking at a two million square-foot headquarter space in Bangalore, but now we will take a one million square-foot headquarter space in the center of the town. For the remaining one million square feet, we will take 10 different locations in different quadrants of the city that are 100,000 square feet each.’

For those smaller offices, they don’t want to lease space; they want to go to a flex office operator and take that space with the flex operator. The hub will be leased by the corporation, while the spoke will be with the coworking operators.

Learn more about hybrid workplace
solutions in India at upflexindia.com.

Upflex: What did you see among your teams at ANAROCK Group in terms of people leaving their offices and working remotely during COVID-19 shutdowns?

Puri: Our technology team left the office in the last week of March 2020. As of October, they’ve started to slowly come back to the city, to either Bangalore or Delhi or Mumbai —  from the villages and towns they traveled to during lockdown. Now, it’s a balance, a hybrid work arrangement in which some of the front facing team comes to office while the backend team works from home.  The business network team — which is our legal, finance, HR, marketing research team — were largely working from home during this span, and now all of them have started coming to office since June (few days a week) and since September almost every day from a standpoint of more collaboration and engagement.  The sales team is the consumer facing team they have come every day barring when the lockdown happened, because they felt sales could not be done over a virtual platform. And then we have the leadership team, which came in four days a week, but the hours of work have changed a little bit.

Upflex: Do you think that will stay the case?

Puri: I’ve been pretty orthodox in my approach, but I think this pandemic has changed me. I have discovered that many people who worked from home have been very efficient, have been very productive, and have delivered what was required to be delivered. So, I think as an organization, we will become flexible. Would we allow people to work from home all the time? I don’t think so. I think that cannot happen — your culture starts to break down. I had lunch with a client and he said the relationship with the people and with the team is like an insurance policy: You have to renew it every year. So you need to come to the office to renew that. I quite like that — it’s a nice way to put it. 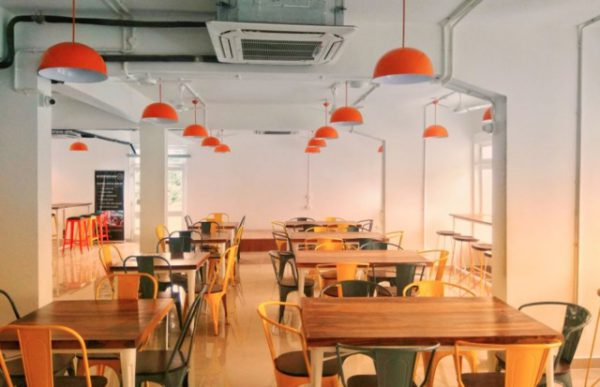 Upflex: I’m curious what you are seeing in the broader landscape: What are other company leaders are saying about the flexible workplace? How are managers adjusting to the idea of remote and hybrid work?

Puri: The technology companies will certainly be more flexible — the IBMs, the Accentures, the Ciscos, the Microsofts — are going to be a lot more flex with their employees, whether they want to call them to the office a few days a week, or perhaps not at all. I do feel this hybrid workplace is here to stay; I don’t think we’re going back to the pre-pandemic working style.

Employees desire flexibility — particularly in larger cities where they may have been traveling an hour each way to the office. I think the employees understand now that there is more to life than just coming to the office, and working, and then going back home and sleeping.

“I’ve been pretty orthodox in my approach, but I
think this pandemic has changed me. I have
discovered that many people who worked from home
have been very efficient, have been very productive, and
have delivered what was required to be delivered.
So, I think as an organization, we will become flexible.”

But is it going to be work from home for very long? I don’t think so. I think it was the Morgan Stanley CEO who said that if you can go for lunch, then you might as well come to the office. For Indian companies, vaccine distribution will dictate when people go back, at least partially, into the office. At that point, hybrid work solutions will be of more interest than ever. 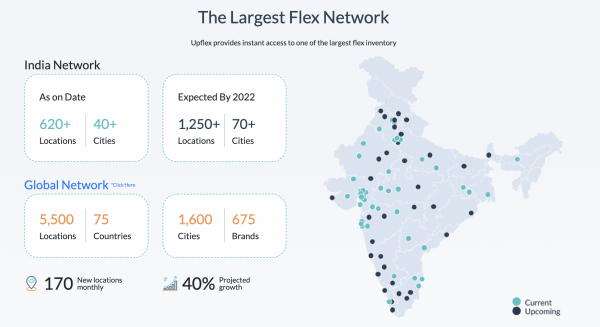 Future of Work Hybrid Solutions India Q&A
Q&A: ANAROCK Group Chairman Anuj Puri on How the Pandemic is Transforming Work Culture in India2021-11-302021-12-07https://upflex.com/wp-content/uploads/2018/04/logo_upflex.svgUPFLEXhttps://upflex.io/wp-content/uploads/2021/12/cowrks-golf-course-road-india.jpg200px200px
About
Alexandra Marvar
Alexandra is a freelance journalist based based in Savannah, Georgia. Look for her writing in Bisnow, The New York Times, The Guardian, BBC and elsewhere.
Related Posts
Recent Posts